Well, it’s been a long, long time since I posted any makes up on the blog – partly because I hardly got any sewing in last month, but mostly because I’ve been so preoccupied with the Wardrobe Architect series. Actually, I’d like to hear what you guys think: are you enjoying the Wardrobe Architect Challenge posts or would you like to see more sewing and less chattering about my personal style (which I can’t imagine too many people would be interested in…)? Let me know in the comments below!

Anyhow, this make was made a good 6 months ago and is actually my second ever handmade garment! I only got around to photographing it proper a couple of weeks ago, but this tank top has become a firm favourite in my closet and is on constant rotation. 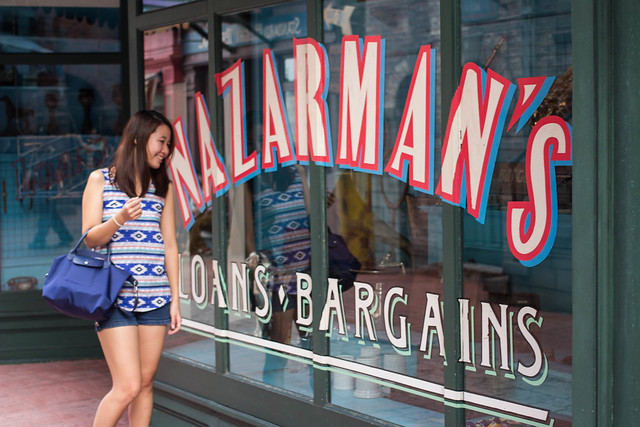 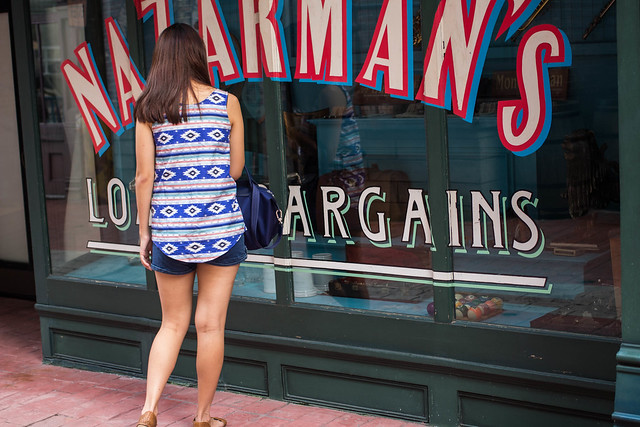 This pattern is the Eucalypt Tank and Dress pattern from Megan Nielsen, a brilliant Australian designer and an all-around awesome person (I’m talking about her like I know her, but I really don’t. I wish I did though! If this recent blog post of hers is anything to go by, she sounds like a wonderful person with really a big heart.)

I discovered her patterns when I spied the Tania Culottes and Cascade Skirt floating about on the blogosphere, so it was a no-brainer that I opted for her Breakwater Collection pattern pack that got me 4 patterns for the price of 3. #WIN 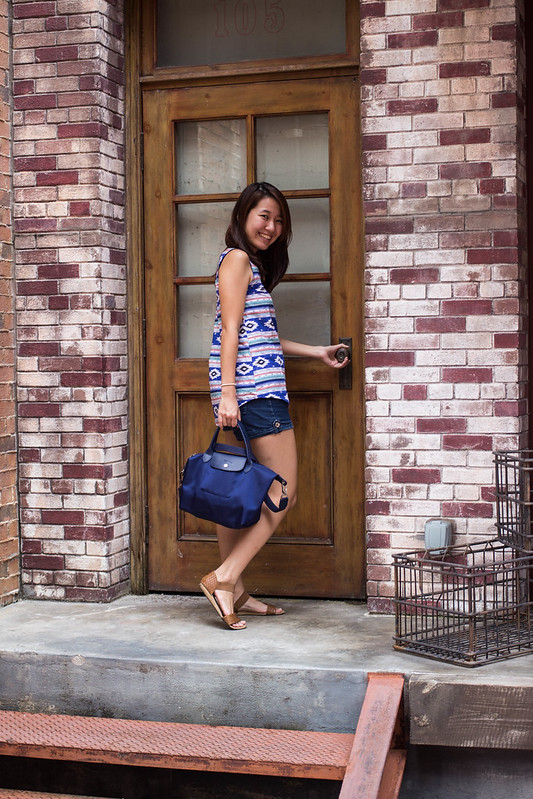 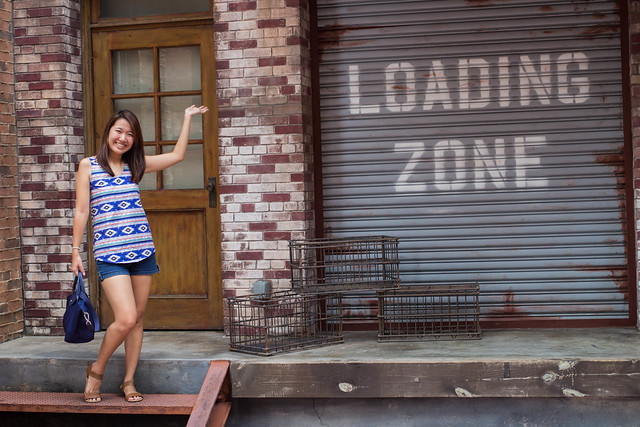 Did I mention how cheap this make was? The fabric cost me S$2 per metre – that’s US$0.80! Granted, I did get it from the clearance rack of a random shop in Chinatown so it’s not the most comfortable fabric, but that aztec print! How could I not love it? Plus when I posted it on instagram and wore it out I got a ton of compliments so… it’s a winner already.

This pattern was a quick and easy make. I had no trouble at all grading from an XS in the bust to a S in the waist as per my measurements (woe is the small busted pear) and found the instructions clear and simple to follow, which is a serious understatement. These instructions are so good that a complete sewing noob like myself managed to execute french seams without even knowing what a french seam was. Are you mindblown? I am (on hindsight). 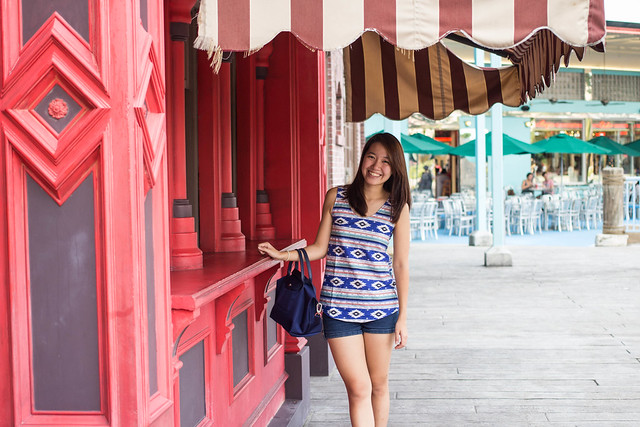 The main thing I would have done differently is to cut a straight S as the XS was a little too tight across the chest for a casual woven tank top. I did like how the close fit across the bust and almost A line shape toward the waist gave me a little more shape than I would normally get from a tank top though – I probably wouldn’t have gotten that effect had I sewn up a straight size S. Alternatively, I think this problem may have been managed by making the arm holes a little bigger as they did cut a bit too high. 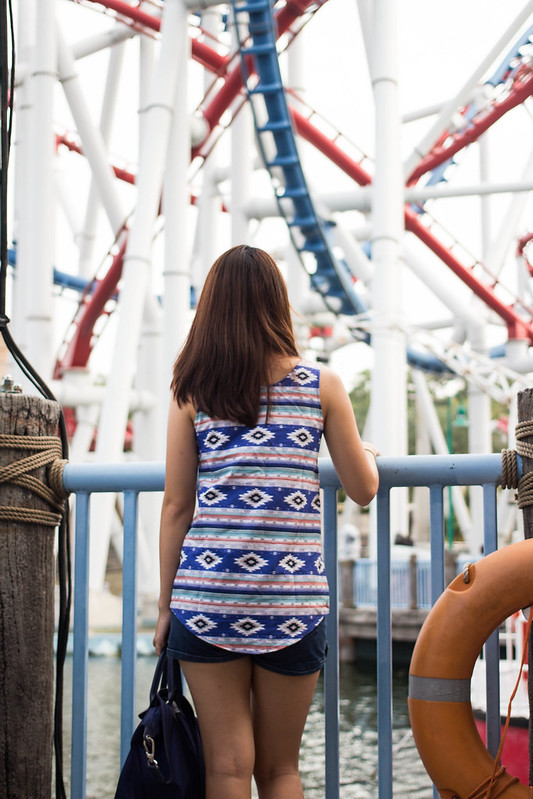 Subsequently I made up the dress version of the Eucalypt pattern, but didn’t love it. I felt that it was too shapeless and overwhelming on my short frame – it looks great on the model though, so maybe it would work better on a taller person… or with heels. It doesn’t really matter to me anyhow, this pattern is already a favourite for the tank top version alone.

By the way if you thought I snuck my way onto a movie set, I didn’t! I visited Universal Studios Singapore (for like the 7th time) last month, so I took the chance to coerce my boyfriend into snapping a few photos for me. I’ve got a ton of photos from my visit, so watch out for a short post on it soon! 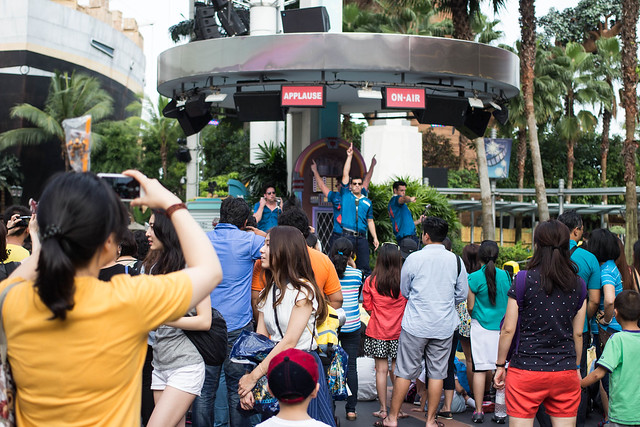 The fake jersey boys are countin’ on you 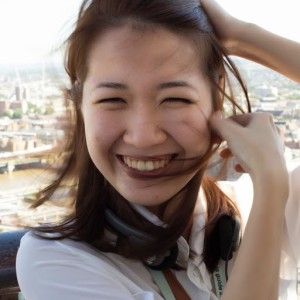