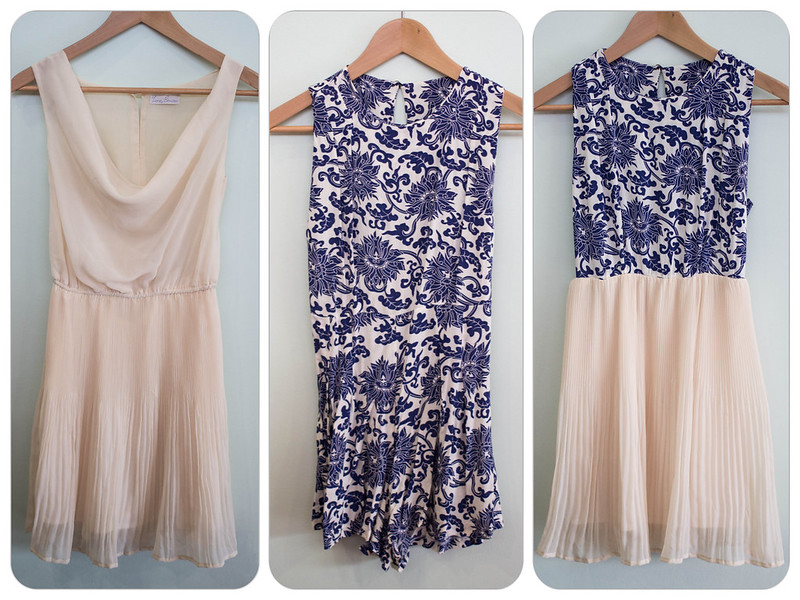 Belated Merry Christmas and a very Happy New Year to everyone!

It’s been absolute chaos this festive season, with my boyfriend’s cousins coming to visit and a whole whirlwind of family, friend and church events. Christmas is always a rather hectic period, though I thought I could escape it this year by planning early… I was wrong. In fact I shouldn’t have been surprised that one morning last week I found myself without anything to wear to a dinner party that evening and with no time to go out and buy one (I was busy prepping the decorations and so on).

I may or may not have been particularly anxious to procure a new outfit due to the photobooth that was to be was at the party that evening. I know social media makes it seem like photo booths are a dime a dozen nowadays, but unless you’re a celebrity, they really aren’t!  You guys understand, right? It’s about carpe diem! Seizing the day! Vanity and narcissism didn’t even factor in my desperation (and if anyone says otherwise, ignore them).

Frantic with nothing-to-wear-induced-exasperation, I ran to my closet and pulled out these two pieces which I’ve had for well over a year but never wore. 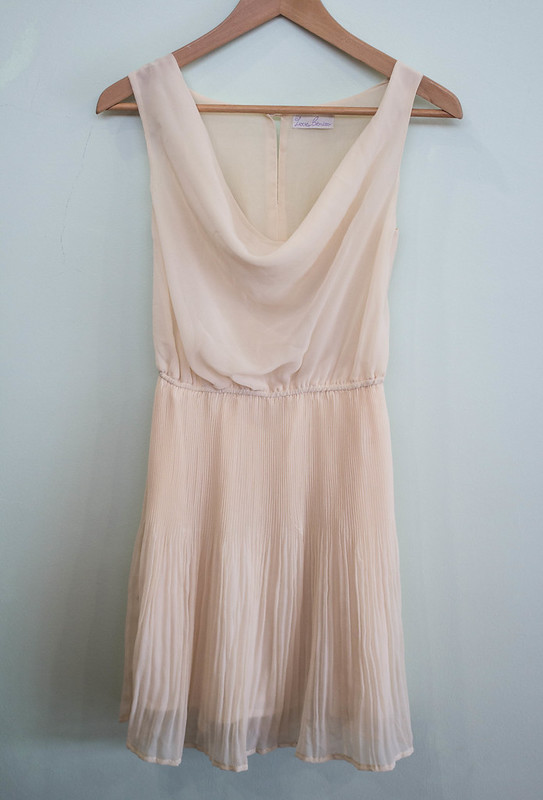 I love the accordion skirt of this piece from Love, Bonito, but kind of hate the cowl neck of the bodice. I suspect this has something to do with my lack of boobage and the lifeless way this dress hangs on my body – kind of like someone decided to drape a dead fox around my neck. I have no idea when I got this piece, but I must have been delirious to have bought something so unsuitable for my style or body shape. 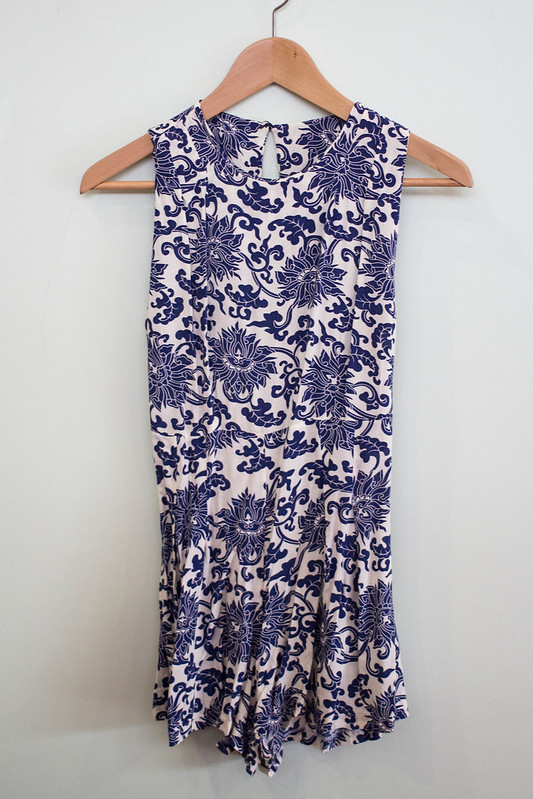 This romper on the other hand, I had high hopes for when I bought it in Bangkok. I loved the print of the fabric and was shopping for rompers at the time (I have since given up hope of finding one that is flattering on me), plus it was marked at wholesale price, so I snapped this up straight away. If you know anything about shopping in Bangkok, you’d know that trying on of clothes at places like Platinum Mall aren’t allowed, so there was no way I could have seen this coming. It turns out this romper was much too short on me – leaving half of my behind exposed for the general public to ogle at! It had to go. 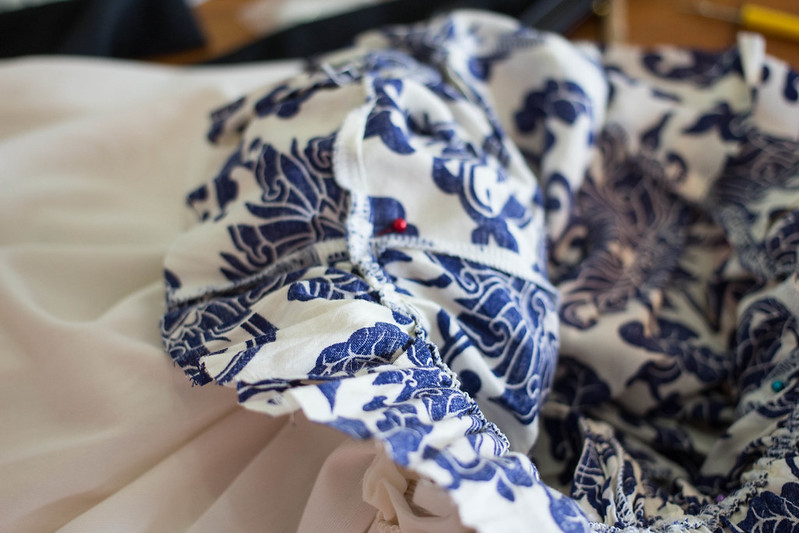 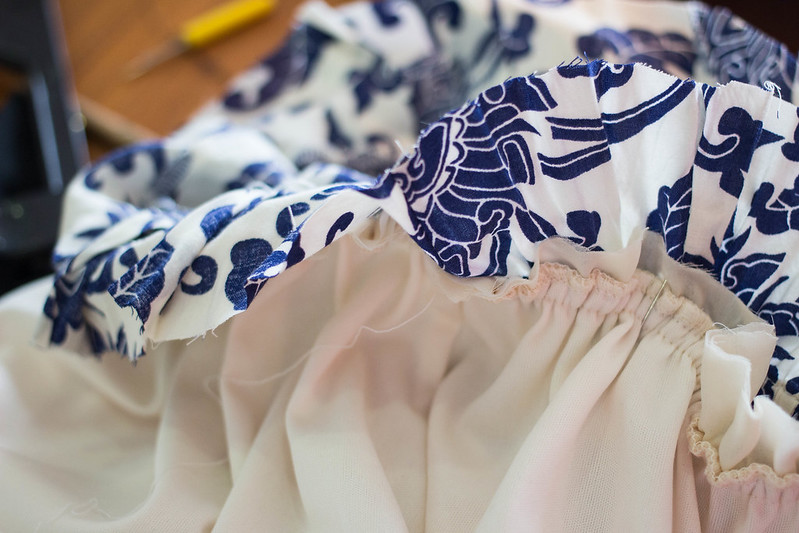 I wasn’t too sure if what I had planned would work, but I was hopeful as both the pieces are elasticated round the waist (no zips yay!) and are of similar fabric weight. The skirt was also fully lined which helped a lot. I also hated the pieces in their original form so it wasn’t too heartbreaking to have to cut it up.

After half an hour of pinning, sewing and pressing, this was the result! And I have to say, I’m really pleased with it. 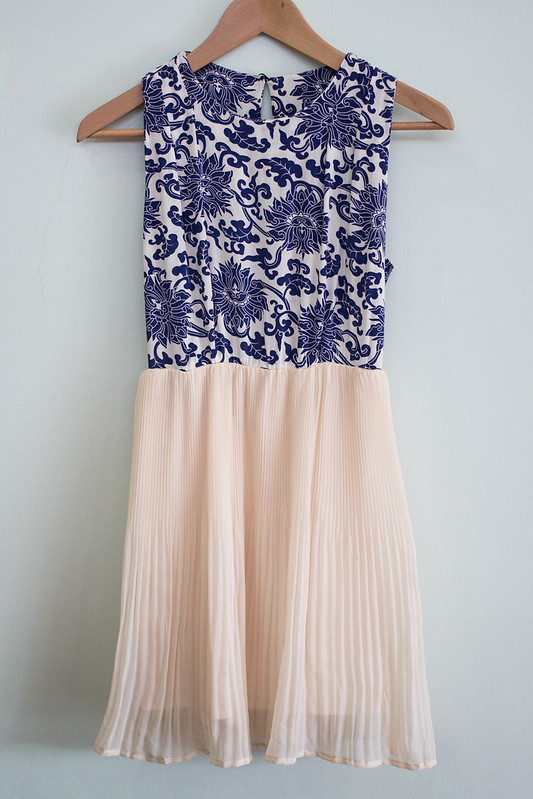 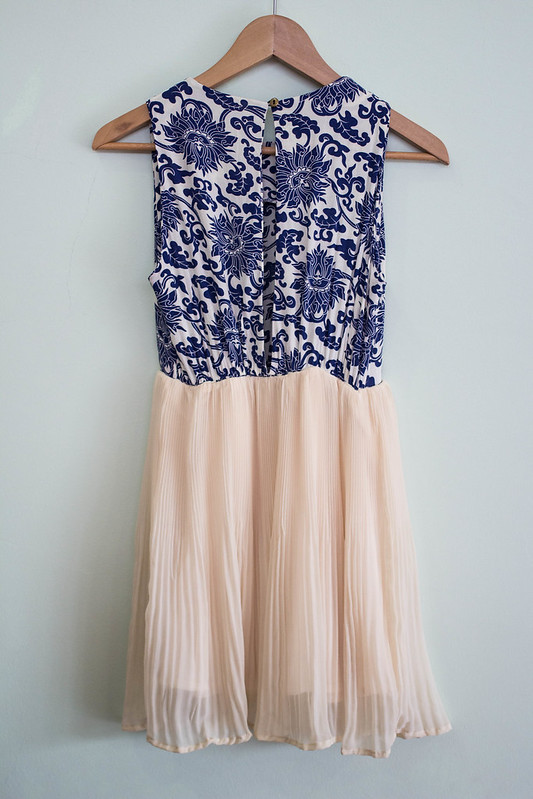 The back view even has a really sexy slit down the middle, which I love! It can be pinned closed if I feel like wearing regular undergarments or left open if I’m can be bothered to put in the extra effort to dress properly. 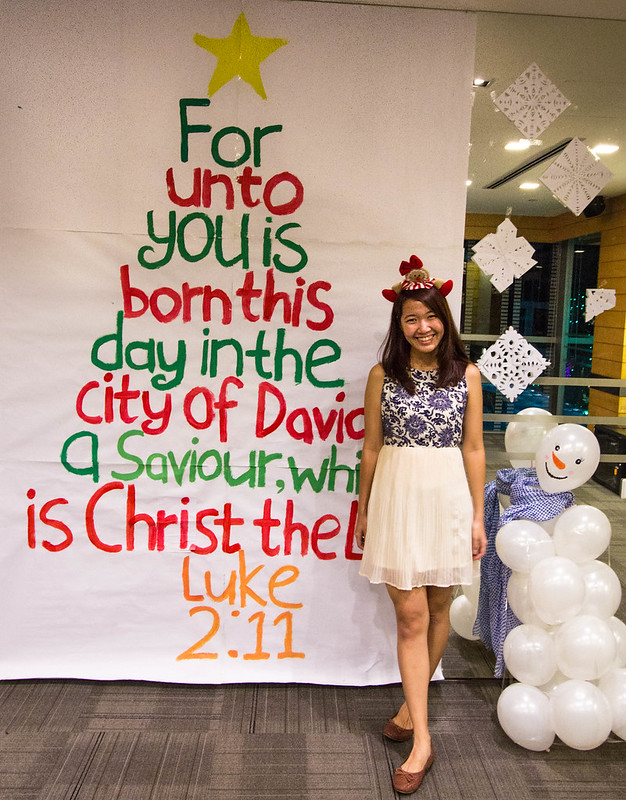 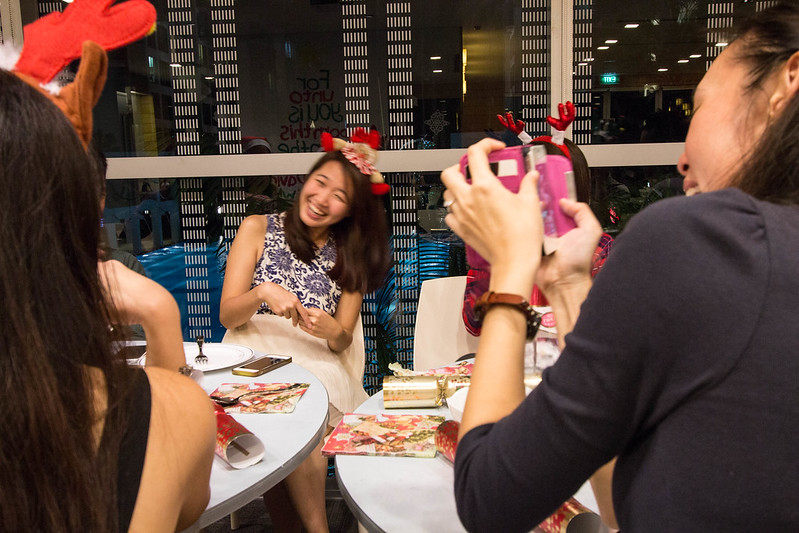 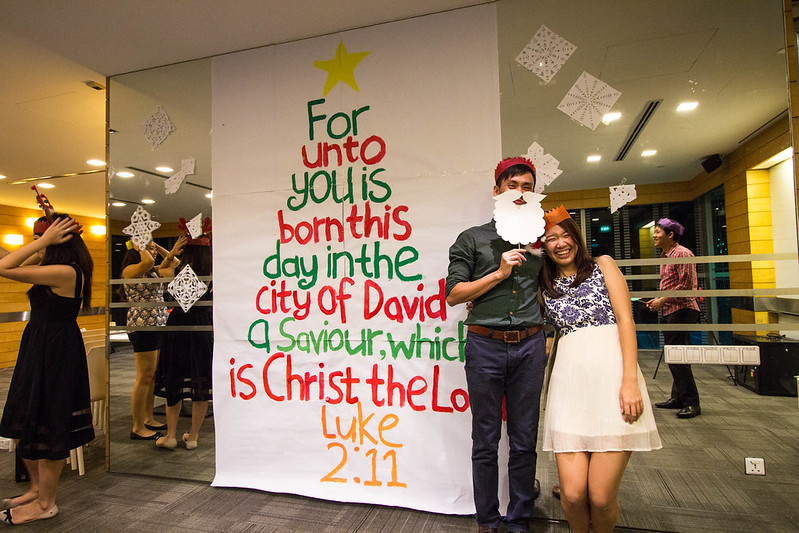 I wore it to my party that night and again to the Midnight Eucharist service at church so all in all, I’ve already gotten a ton of utility out of this make. Plus I think it’s the perfect casual party length and style, just look at these pictures! It really holds its own against other RTW outfits I think (of course it’s the franken-child of two RTW garments but let’s just pretend I made it, shall we?)

Did any of you have to do some last minute sewing this Christmas?