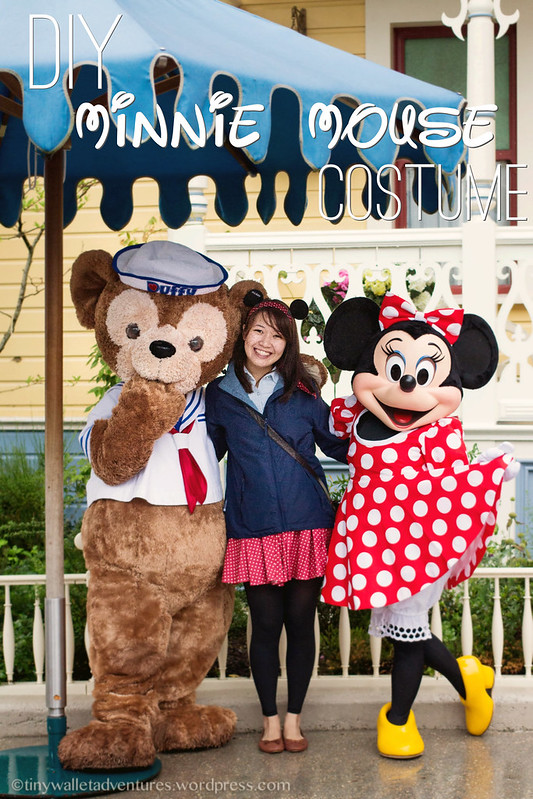 Halloween is here again, so what better time to put out this DIY costume tutorial? We don’t have the practice of trick-or-treating on this side of the globe, but luckily I had this baby in my arsenal from my recent trip to Disneyland Paris! (Clearly being over the age of 12 has never stopped me from exploiting any excuse to whip up an  costume.)

Some of you guys MAY have seen this tutorial on an old blog of mine, but I thought I would take the chance to repost it with new photos for my inaugural post on JessSewFabulous.

Read on for my outfit details and more photos after the jump! 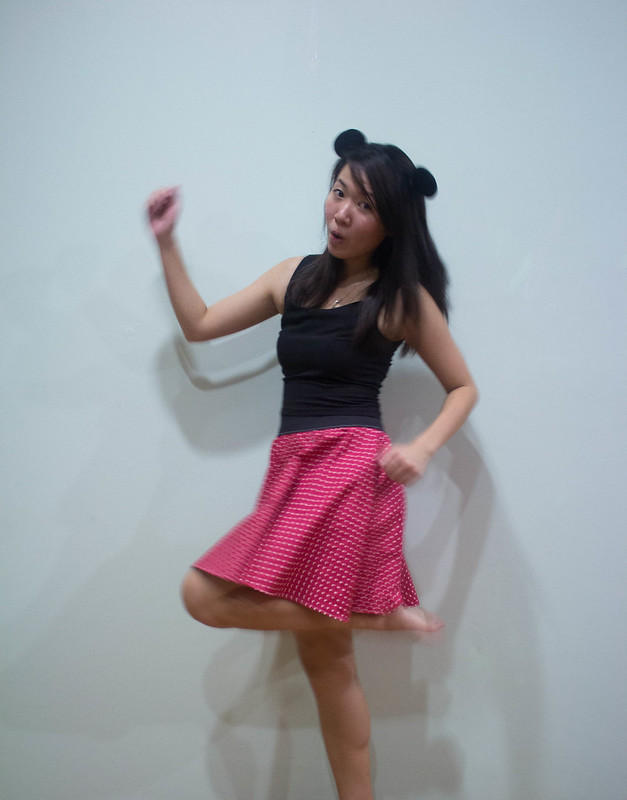 When brainstorming for my Disneyland Paris outfit, my concerns were: level of difficulty, suitability for running after characters and taking rides and not looking like an overzealous adult who refuses to acknowledge that a ballgown at the park just isn’t tasteful when you’re above the age of 5. I ended up with this: 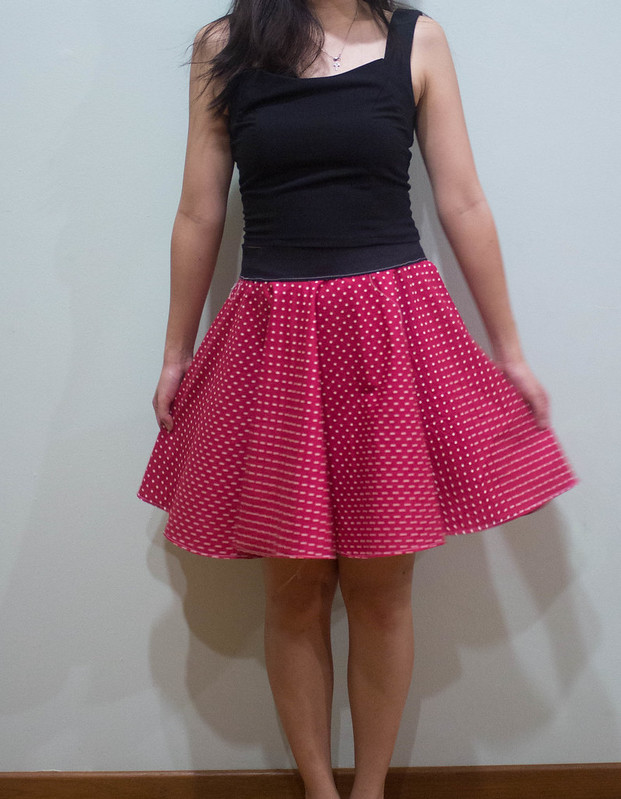 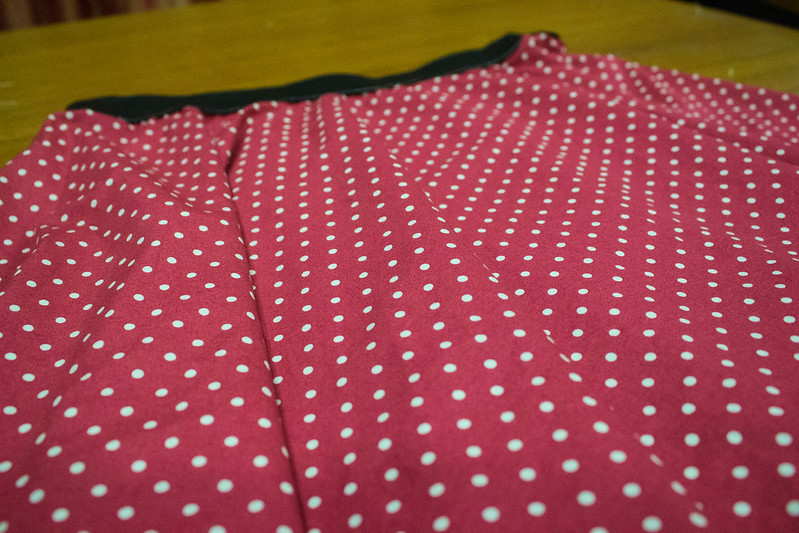 A black crop top with a short elastic waistband circle skirt (using Dana’s tutorial) in a Minnie-esque polka dot print. I realise that the polka dots are a little too small to be considered “true Minnie” style, but I was hoping to make something that could be re-worn under more normal circumstances. I topped it off a pair of clip-on Mickey Mouse ears that I bought on a previous visit to Disneyland Tokyo and I was all set! Or so I thought… 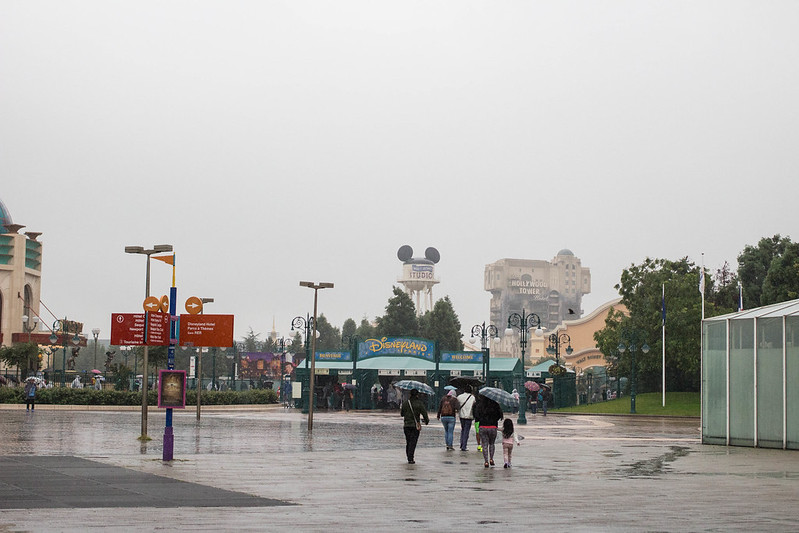 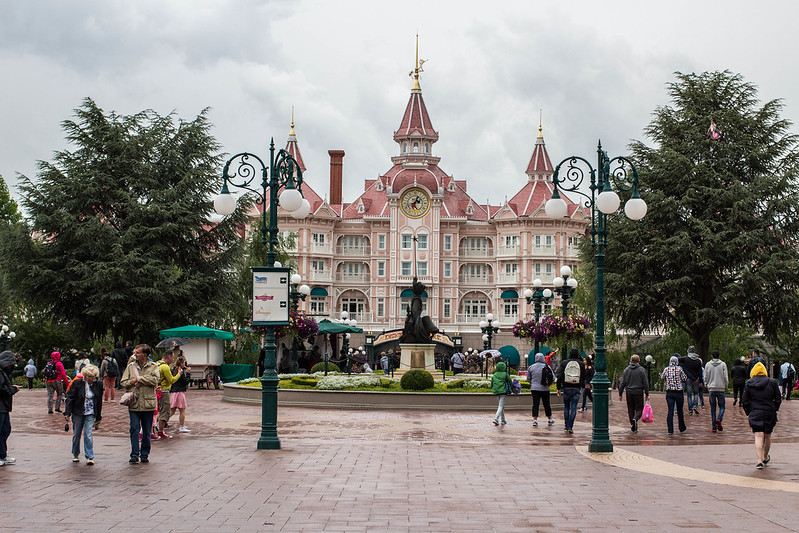 What I didn’t plan for, was rain. And we had a LOT of it… 3 whole days of non-stop rain, to be precise. It was also cold – so cold that I actually bought an emergency pair of black leggings at Carrefour to tide me over the next 3 days. This was the result: 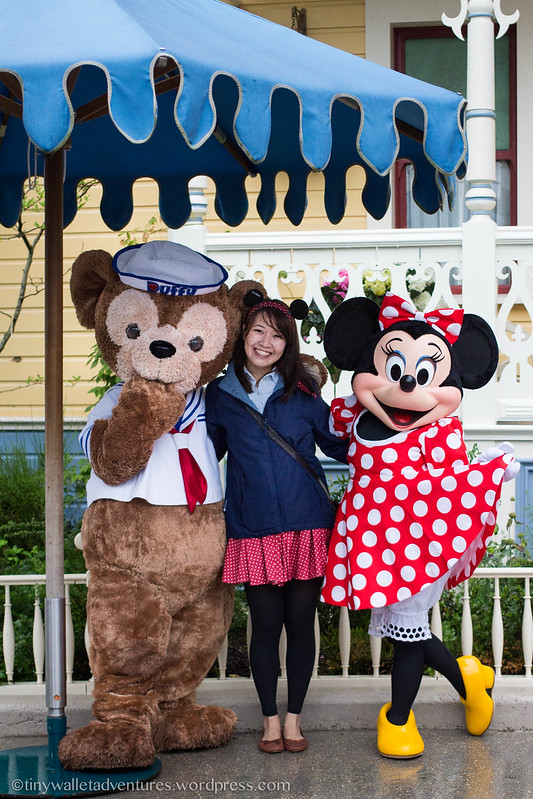 Black leggings, Minnie skirt and a trusty waterproof jacket. In a bid to amp up the Minnie-ness of my outfit, I included a Brigitte headscarf made using the same fabric as my circle skirt and the Tilly and the Buttons tutorial. I snapped the ears onto the headband and voila! A one of a kind Minnie headscarf that was functional and fashionable – it didn’t fall off even on the more violent rides.

And you guys, this get up may have been my best outfit choice of the YEAR. 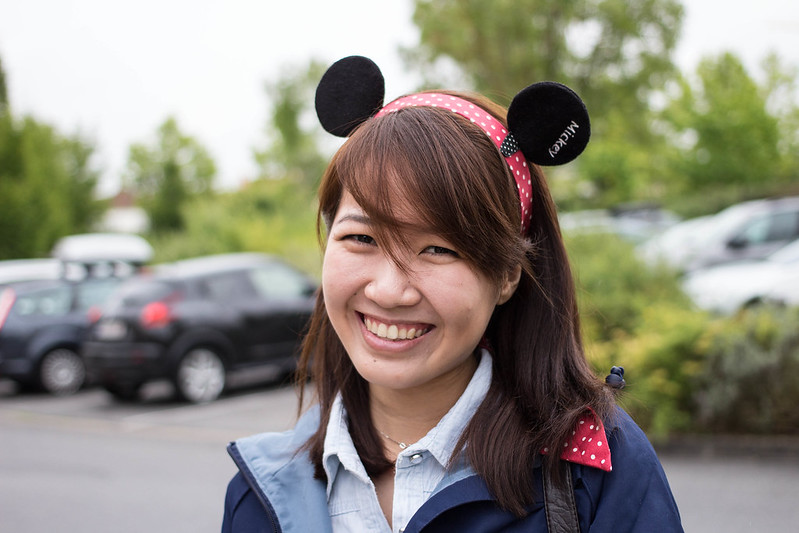 I got SO MANY compliments from park staff and from actual characters themselves, including Minnie (via hand signals of course) and both Wendy and Peter Pan *squeals*. (Peter also opined that it looked rather like Smee’s and naturally, wanted to stab me in case I was a pirate. Luckily Wendy managed to disavow him of that notion) 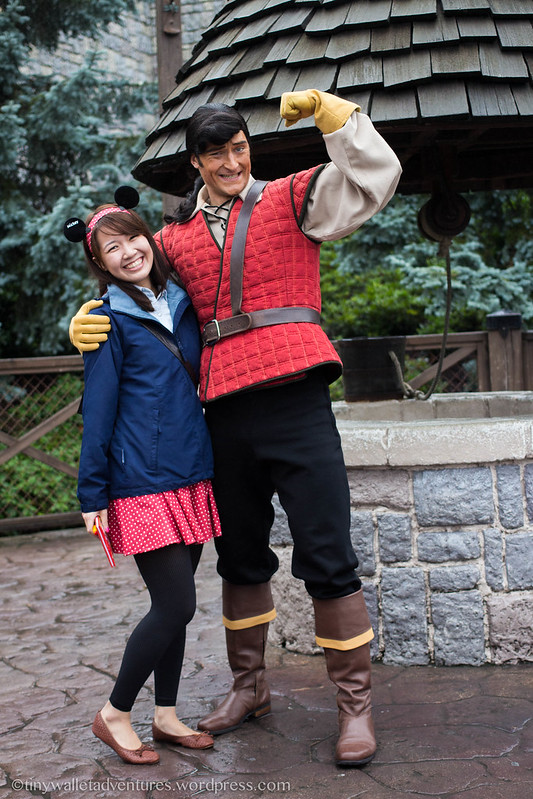 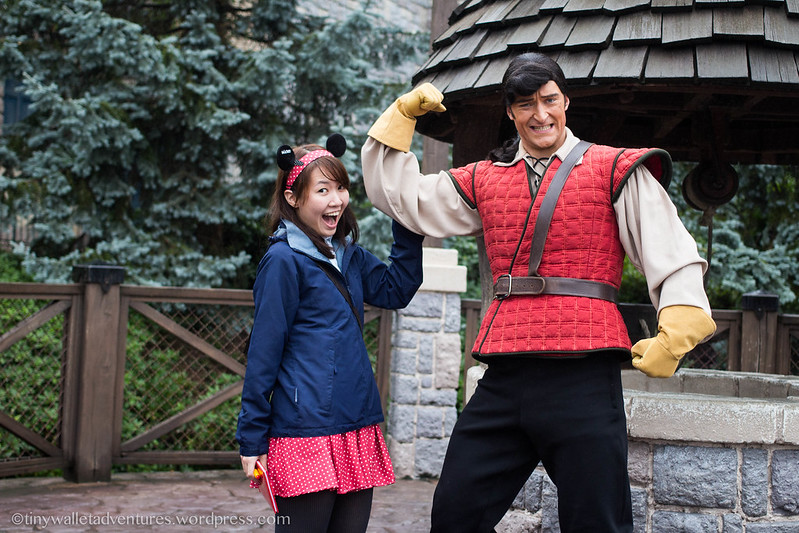 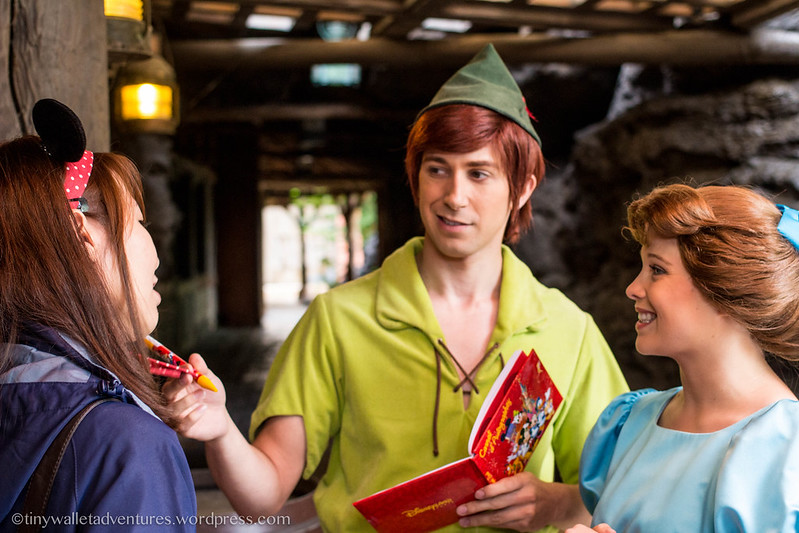 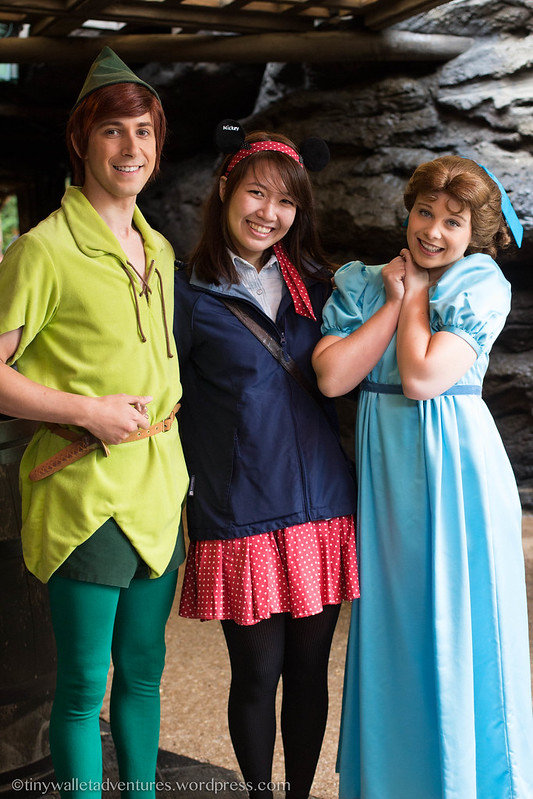 I also added in a couple of tiny details, like this Disney Princess charm bracelet that I bought from Etsy and this portrait bracelet that E picked up at St George’s Market in Belfast. 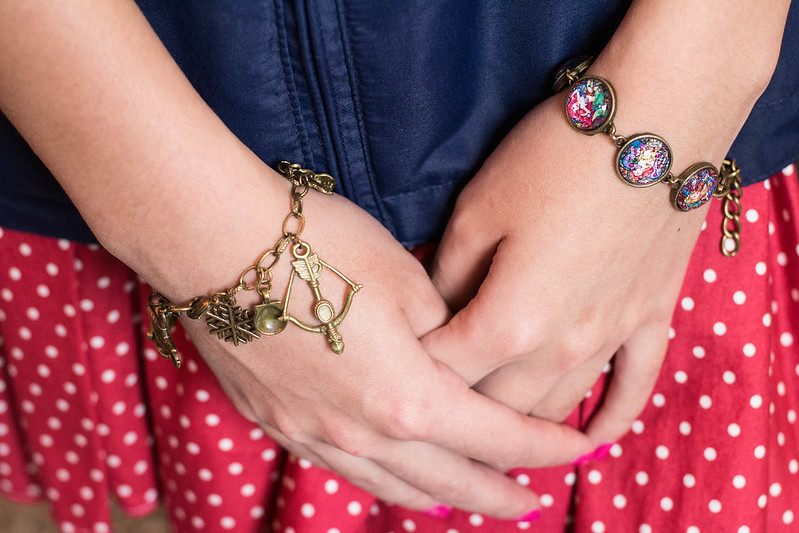 If you’re a fellow disney fan and you’re visiting one of their parks soon, I highly highly recommend you take the time put together your own unique outfit. If you’re lucky you could get extended interaction time with the characters, plus the satisfaction of being called “Minnie” all day is pretty hard to beat.